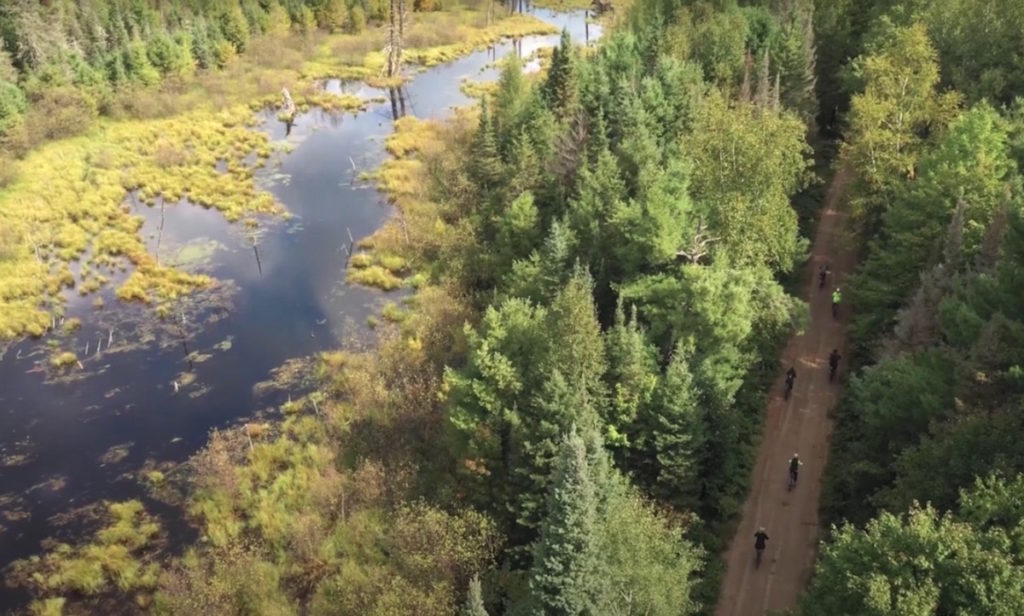 The Conover-Phelps Trail connects the park in Conover to Lakefront Pines Park in downtown Phelps. This video lets you take a virtual ride from end to end of trail.

On a rainy May 28, a hardy crowd of Conover and Phelps supporters turned out for the trail’s official ribbon cutting. Special invitees included the family of the late Jim Hedberg whose vision and hard work as a Conover citizen and town official opened the way for the trail to be built. Also there as speakers were Jerry Burkett, chairman of the Vilas County Board, James Yach of the DNR, Conover Supervisor Dale Mayo, lead donor Marty Flanagan, and Kirsten Finn, executive director of the Wisconsin Bike Federation.

Now, in just six days, the trail and roads around Conover and Phelps will host a major bike event featuring Dick Leinenkugel. Ride with Leinie will support further area trail development and enhancement, feature two trail rides and a road ride, and end with a brat and Leinenkugel beer gathering back at Conover Town Park facilitated by Dick with drawings for great door prizes and even better raffle prizes.

Enjoy the video and check out Ride with Leinie. You can still register HERE!